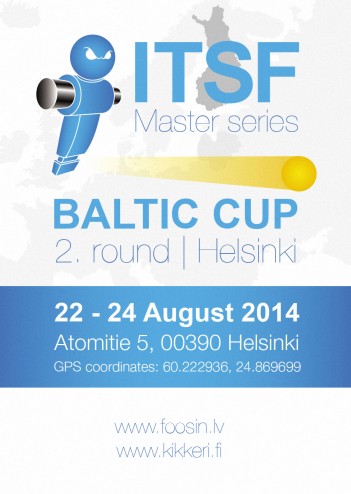 2nd round of “Baltic Cup” will be organised in Helsinki, Finland on August 22nd – 24th.

Goalie war & Forward Shoot Out – will be played on Fireball table.

All players will be ranked according to FOOSIN BALTIC ranking if not listed there then ITSF ranking rules will apply.

ITSF Dress code is mandatory for ITSF ranked events. Pro and Pro-Master Players are particularly encouraged to set a good example to other players, to spectators and potential sponsors or media.

All contacts & other usefull info can be found in tournament info package.